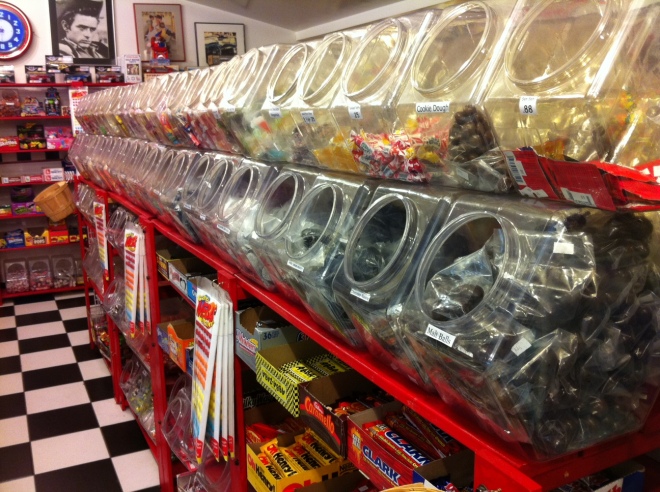 One of the several candy aisles at Imagine Gift Store.

It’s always a bit sad to see a theatre converted into some other use, although when that happens,  I am in favor of it becoming a extra-large candy store. Imagine Gift Store, located in the restored Lyric Theatre in Warren, RI, can probably satisfy whatever sweet craving you’ve got — including candy cigarettes. 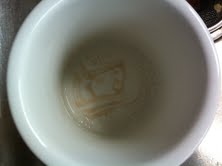 Madonna in your cup.

Here, you might also stock up on your chotchkes, such as the iPlunge (a mini plunger to use as an iPhone/iTouch stand) or a mug in which the Madonna materializes from a remaining coffee stain (my mother-in-law bought this).

We also left with Bananagrams, a word game created here in Rhode Island, which as it turns out, may be as addictive as candy.

Like Scrabble, Bananagrams enables you to build and connect words, however, the board isn’t fixed so you can change and move words as you see fit. Even better, there’s no taking turns, which means I don’t have to wait a half hour while Geoff patiently contrives a way of using all of his letters. And although this isn’t a win-win situation, it means I win more of the time, which is just fine with me.