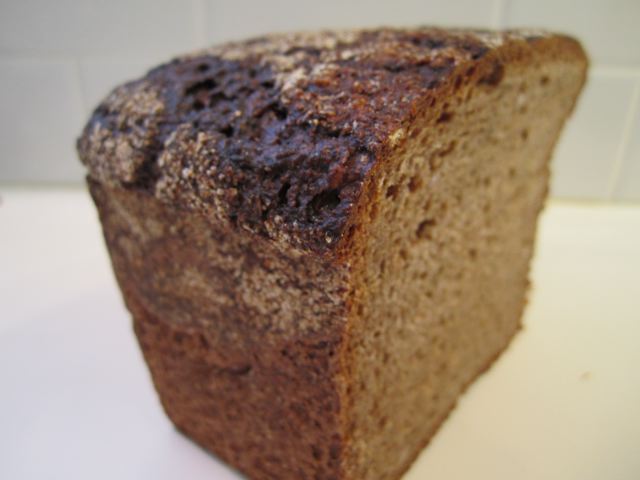 Rhode Island Rye supports a local farm, a local mill and a local bakery. And it tastes good, too.

I’ll admit that I’m not as much of a bread connoisseur as an ice cream one. Still, there are quite a few reasons to be impressed by Seven Stars Bakery’s addition of the Rhode Island Rye loaf. Modeled after a dense, moist German Vollkornbrot, the loaf weighs more than it looks. Sliced thin and toasted with some salted butter or Farmstead cheese, it offers a rich, complex flavor.  According to the bakery, it can last for several weeks when kept sealed in plastic.

But my favorite feature of this bread is that it’s home grown. The rye is grown on Schartner’s Farm in Exeter, RI then ground using traditional stone milling at Kenyon’s Grist Mill in Usquepaug, RI. The resulting flour becomes the star ingredient (along with RI rye berries, water, salt and yeast) in the official Rhode Island Rye bread.  Buy the loaves at Seven Stars Bakery locations and their farmer’s market stands.

One thought on “Rhode Island Rye”