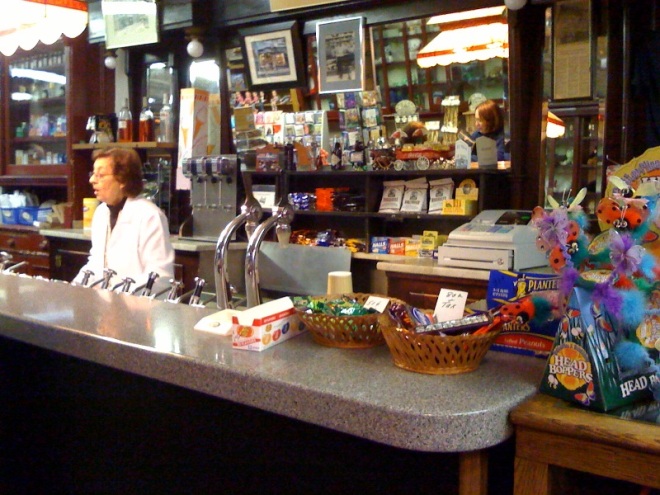 The interior of Delekta is a throwback to an old-time pharmacy.

After rediscovering KidoInfo’s list of 100 Things to Do with Your Kids in RI, we honed in on what appeared to be the most urgent, number 90: Order a cabinet at Delekta Pharmacy in Warren. 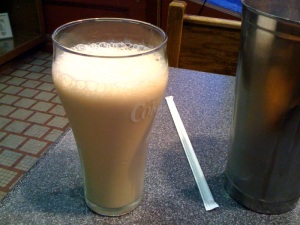 The coffee cabinet -- it tastes even better than it looks.

I wasn’t even sure what a cabinet was, but I knew a coffee cabinet comprised of some combination of sugar, dairy and coffee, which was enough to convince me of its worthiness. So upon arrival, Geoff and I requested a coffee cabinet each while ordering a chocolate chip ice cream cone for Madeline, the latter clearly a mistake since the cabinet was far superior and Madeline is no fool. As for the cabinet, it was a hit all around — wonderful coffee flavor without the bitterness, perfectly smooth and sweet, and thicker than milk but thinner than most shakes.

Since I noticed their menu also listed milk shakes, I decided to ask an employee: exactly how is a coffee cabinet different than a coffee milk shake? She explained that to Rhode Islanders a “milk shake” is just that: milk (with syrup) shaken. But a cabinet is what everyone outside RI actually calls a milk shake — ice cream and syrup, shaken. The coffee syrup used in their cabinets is an old-world family recipe made fresh daily by the owner himself. No wonder it’s so tasty.