July 2014 Update:I am sad to report that Juniper has closed. 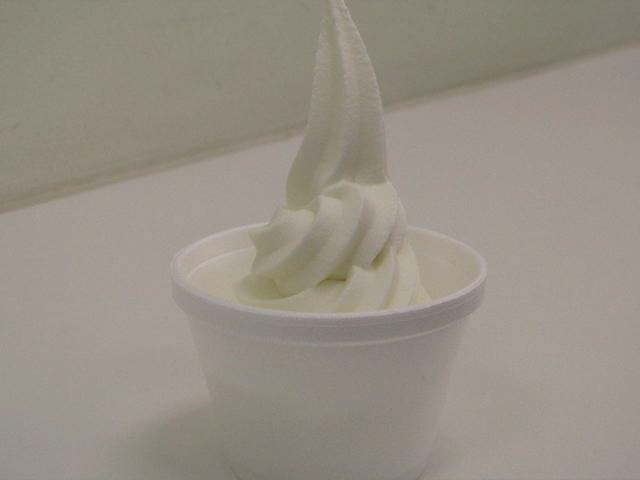 Pure white — you can’t beat a small original with nothing on it.

No, it’s not Pinkberry. Still, Juniper Frozen Yogurt whips up some tasty, tangy frozen yogurt in two flavors — original and blueberry — satisfying that urge (which I seem to get quite often) for soft serve. (See my related obsession with Frosty Freez). 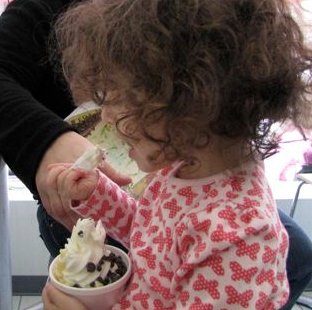 Madeline likes it. Although, to be fair, she’s not very picky.

If you somehow missed the tangy frozen yogurt craze, I do believe you are missing out. Obviously, I consider myself an expert having tried Pinkberry, Red Mango, and any imitators. If you don’t believe me, see Madeline and me pictured at BoYo’s debut last year in The Boston Globe (photo number three). Long gone are the days when frozen yogurt tries to guise as ice cream; now it embraces its tartness.

As for Juniper, I do wish they’d alternate flavors the way Boston’s Berryline does since I’ve long since tired of their blueberry. But I’m content enough with a small original with no toppings to keep coming back. And with it being organic and nonfat, it’s guilt-free, as long as you don’t mind the damage to your wallet once you’re addicted.